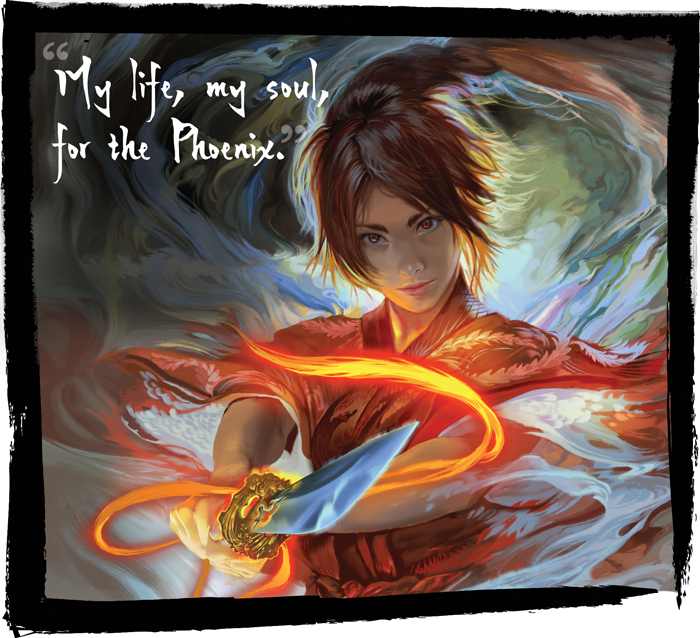 The Sword and the Spirits focuses on the Phoenix Clan’s investigation into a mysterious elemental disturbance and the secrets of a vassal family in the mountains. Sent to investigate a murder, Isawa Tadaka and Shiba Tsukune stumble upon an ancient conspiracy.

At over 100 pages, The Sword and the Spirits is the deepest dive into Legend of the Five Rings lore yet, and will be released alongside Disciples of the Void, the Phoenix Clan Pack for Legend of the Five Rings: The Card Game. In addition, you can learn more about the mysteries of the Phoenix and explore the land of Rokugan from the viewpoint of the most mystical Great Clan—not only with the novella, but with a full-color insert detailing the history of the Phoenix Clan, the Kaito family, and its darkest secrets.